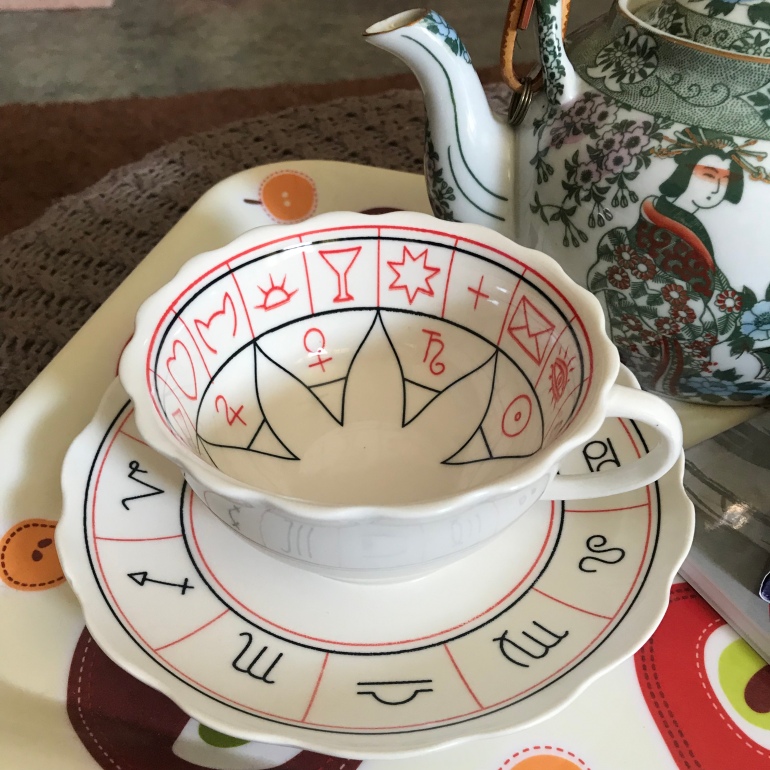 Today I took some time to perform a small tea ritual, after which I tried to read my fortune.

Due to some stomach trouble I have had to go easy on my regular coffee cravings, and have turned to the delights of tea instead. The art of Tasseomancy or Tea-Leaf Reading seems so quaint and attractive, I just had to give it a whirl!

I went with a Rosehip tea base and added some rose petals, lavender, a clove, and some caraway seeds.

It smelled heavenly, especially after adding some honey, but I have to say I don’t enjoy getting leaves and dregs stuck in my teeth, no matter how carefully I sipped it!

So I might be wise to invest in a specialised tea-drinking straw, which has a small filter in the bottom to keep those bits at bay…

After drinking the tea, you turn the cup over on to the dish and let it drip out before examining what was left behind.

I could clearly see a fish, a leafless tree, a heart and some kind of winged creature – unsure if the latter represented a dragon, a fairy or an angel! There might have been more that I just didn’t spot, but I was happy to be seeing some obvious shapes.

I have to say that I completely forgot to look at the dish and only interpreted what I saw in the cup ~ which was enough to get on with for now. Here’s what I came up with:

Fish: symbol of wisdom, knowledge, intuition, emotion ~ swimming right over the Moon in the cup, indicating my inner most feelings and most intimate relationships – both say to pay attention to dreams & intuitive inspiration. 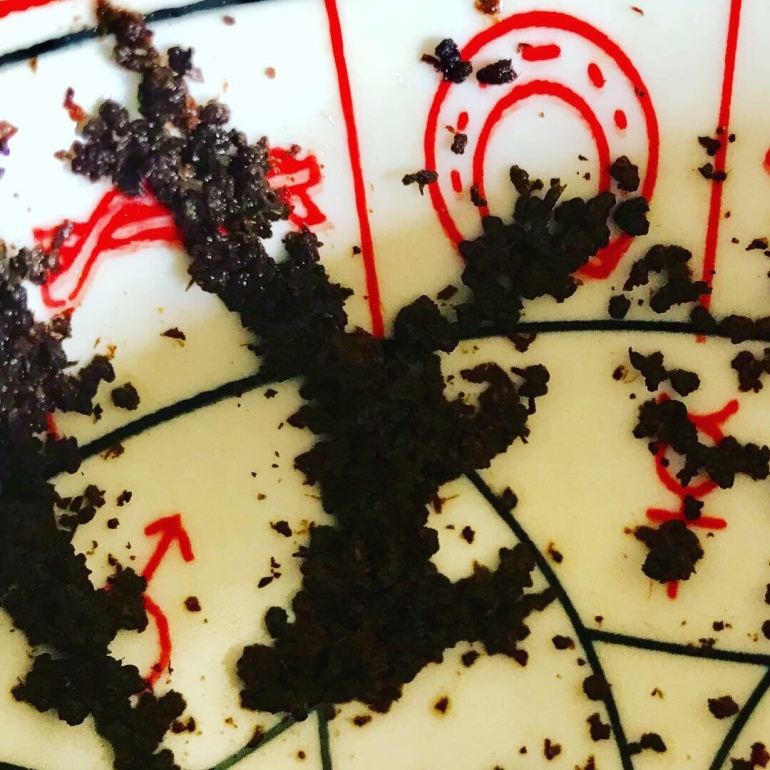 Skeletal Tree: Trees denote family, and a leafless tree can indicate trouble or loss in this area. This makes sense, as my dad recently passed away and my sisters are arguing over his inheritance… the tree spans both the snake and the horseshoe in the cup – trust issues vs. keeping an open mind! 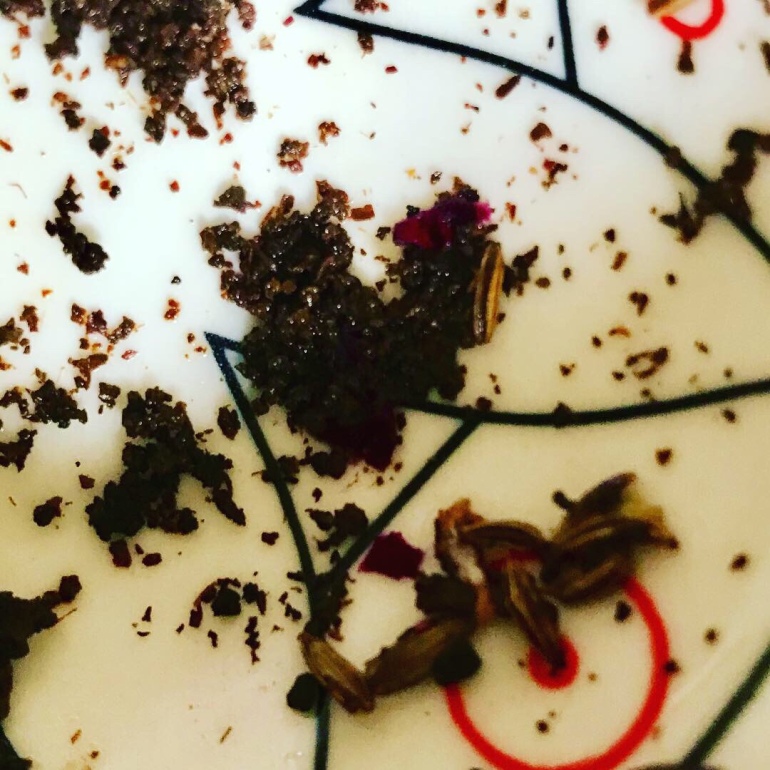 The heart: not intirely well-shaped, it looks like it has sustained some dents in the past but is healing now – it does appear near to the Sun symbol so I may be making a positive impression on someone soon!

Winged creature: whichever creature the wings belong to, it appears to be a very good omen that they are found at the bottom of the cup! It means I am being protected and guided by Spirit!

I love the whole ritual involved in making tea, I also love the smells, tastes, warmth and comfort that tea provides.

I felt like the cup itself was very easy to use – I could have used a regular tea-cup but the additional information I got from the symbols in this cup really helped my interpretation.

A lot of the vintage fortune telling cups are quite pricy – this set, which is called “The Cup of Destiny” by Jane Lyle, is affordable at around €20 (I got mine from The Bookdepository).

It comes with an informative guide, although I used my intuition as well as some internet resources too! (http://www.auntyflo.com)

So, who else wants a cuppa?